Culture and art of living, pleasures and gastronomic events , craft traditions and expressions of collective religion, folk traditions and contemporary art, opera and operetta, film events, concert series and teatrali.Il calendar of events and events in Viterbo Province is practically inexhaustible.
Tuscia is a succession of festivals, rituals, performances, exhibitions, festivals, markets.
There is interest not reflected, on n there may remain unsatisfied curiosity for the visitors who come to the province of Viterbo, a beautiful land full of history, art, culture and folklore

The Machine of Santa Rosa - September 3

The transportation charges of Santa Rosa is the largest town festival, dedicated to the patron saint Santa Rosa, lived in the thirteenth century, whose memory is evoked by Viterbo through a unique event in the world, exciting, almost indescribable for its beauty, spectacular and emotion. The machine consists of Santa Rosa in a tower lit by torches and electric lights, made of light metal and modern materials such as fiberglass (which replaced a number of years the iron, wood and papier-mâché), about thirty feet high and heavy five tons on the evening of September 3 is raised and carried on the shoulders of a hundred strong men called "porters" along a distance of just over a mile divided into streets, sometimes very narrow streets of the city center, between the crowd delirious with the thrill of suspense, joy and also a description on each timore.Ma or video card is almost useless because nothing can give an idea if you do not watch the live transport of cars santa rosa, always able to arouse new sensations even in the repetition of the event which takes place every year.

CAFFEINE CULTURE - end of June early July
For three weeks, the medieval old town of Viterbo is filled with book presentations, meetings with authors, debates on issues of various kinds, concerts, exhibitions, parties, photo contests and other cultural events. The location of the picturesque neighborhood of San Pellegrino and other parts of the city 'old know a new life as containers and enhancement of culture.
www.caffeinacultura.it

SAN PELLEGRINO IN FIORE - Weekend of May 1
An unusual floral trail set in the streets and squares of the medieval district of Viterbo. The skill and inventiveness of many nurserymen give birth to magnificent views of floral frame and embellish the district of San Pellegrino. Piazza del Gesu in the Chamber of Commerce organizes the event dedicated to the Great Wines of Tuscia, with stands for tastings of wines offered by some of the most qualified production companies. An invitation to grasp, as well as that of the many restaurants in the capital and other towns in the province offering the pairing of wines with traditional dishes.

FESTIVAL BAROCCO - August / September
The Baroque Festival combines the charm and spectacular concerts of great classical music as important spaces for scenic, cultural and artistic heritage of Tuscia. This music festival, the center of attention of critics for the high quality of the protagonists and their musical ideas, history and boasts quality, two qualities that have few other events. A winning strategy in the Baroque Festival is able to combine the pleasure of music along with that of the discovery of a territory. The tradition is to begin in August in resorts with a program that lets you enjoy touring the treasures
artistic, architectural and environmental Tuscia.

TUSCIA OPERA FESTIVAL - August 10 Luglio/10
Tuscia Opera Festival is the perfect opportunity to enjoy opera, ballet and visiting the villages medioevali. More of 300 artists can be heard in Viterbo in the beautiful square of the Papal Palace, ideal for the event. Tuscia Opera Festival, deserves a thorough examination by the lovers of art, cuisine and history. Whatever the season, or the nationality of the visitor, this medieval city, but also modern, and its surrounding area offers interesting places to esplorare.nne the first conclave in 1261.Il Tuscia Opera Festival is a great opportunity to experience the work in a historic city and at a reasonable cost. A 'unique opportunity for students and emerging artists is the' International Academy of Opera. During an intense month, receive professional lessons, singing lessons and participate in a full range of courses, special lectures, concerts, performances and tests that culminate in eight performances of 'Symphony Orchestra as "The Magic Flute" by Wolfgang Amadeus Mozart and "La Traviata" by Giuseppe Verdi. www.tusciaoperafestival.com 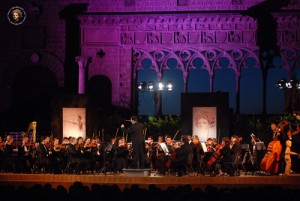 MILLE MIGLIA (THOUSAND MILES) - mid May
it was a long distance run, made on roads open to traffic that is played in Italy for twenty-four times from 1927 to 1957 (13 editions before World War II and 11 after 1947).
Since 1977 the "Mille Miglia" lives on as a regularity race for vintage cars. Participation is limited to cars, produced no later than 1957, which had participated in the original race. The path (Brescia-Rome roundtrip) is the same as the original race, as well as the point of partenza.Il path winds through some of the most beautiful Italian cities: Desenzano del Garda, Verona, Cento, Gambettola, Sansepolcro, Spoleto, Rieti - leg - and Viterbo, Siena, Florence, Bologna, Reggio Emilia, Parma and Cremona to return. At Viterbo, the race right through the medieval quarter of San Pellegrino, where you will find our apartment. 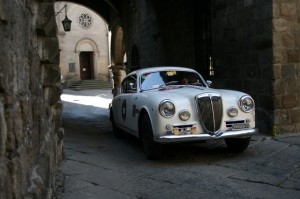 Ludika 1243 - last week of June
Medieval battles in the streets, street performers, folklore, traditional dinners in the medieval quarter of San Pellegrino, which goes back in time with medieval events of various kinds. Our vacation home is just part of this context!
www.ludika.it

FIERA DI VITERBO (VITERBO FAIR) - various events, various calendars
Our studio is located behind the fairgrounds Viterbo born with the objective to establish itself as an exhibition center, specializing in central Italy, turning to a catchment area represented by the South Centre
Always projected to Quality and specialization, Viterbo Fair is now stable reference point for certain sectors including Gifts, Hobbies and Collectibles, Agri Products, Quality Crafts, Home & Decor, Wedding and Ceremony.
The various manifestations, partly for investment professionals, partly open to the public, have recorded over the years a steady growth in both the participation of exhibitors in both the quality of productions and installations on display.
www.fieraviterbo.com

WHITE NIGHT IN VITERBO - mid July:
shops open, local structured to accommodate children and adults, demonstrations of various kind, and ... all the streets to enjoy the beautiful city and the company !!!!!!

CHRISTMAS AND NEW YEAR IN VITERBO
The Christmas and New Year are celebrated in Viterbo with many proposals and initiatives.
In addition to traditional dinners with family and friends, most of the hotels, hotels, restaurants and taverns and the Province of Viterbo, provide balls and dinners with typical Christmas menu Viterbo, Italian and, for foreign tourists attached to their tastes, even europei.Vengono also offered the complete package holidays in bed and the New Year with dancing and dinner dances organized for the New Year's Eve. Already in the week of Christmas and the holiday season for all until the first week of January, in the city you can visit the Christmas markets in various places with offers of fireworks and typical foods intended for veglioni.Riguardo the so-called "New Year's Eve Pops" is worth remembering, especially for foreign tourists, it is necessary that the products sold on these occasions, fireworks and fireworks, reporting on the relevant certificates of conformity, which required a security utility seems really unnecessary to explain.
Must be added to the activities organized by the spontaneous spirit of those occasions were born in Viterbo with the toasts offered hospitality in the streets, fireworks and fireworks displays. Discos Province of Viterbo in Viterbo and are preparing to offer complete packages for New Year's Eve in Viterbo.Cultura e arte del vivere, piaceri eno-gastronomici e manifestazioni, tradizioni artigianali ed espressioni della religiosità collettiva, tradizioni folkloristiche e arte contemporanea, opera ed operetta,eventi cinematografici, stagioni concertistiche e teatrali.Il calendario delle manifestazioni ed eventi a Viterbo e Provincia è praticamente inesauribile.
Nella Tuscia c’è un susseguirsi di feste, riti, esibizioni, mostre, rassegne, mercati.
Non c'è interesse che non trovi riscontro, non c'è curiosità che possa rimanere insoddisfatta per i visitatori che si avvicinano alla Provincia di Viterbo, una terra meravigliosa piena di storia arte cultura e folclore 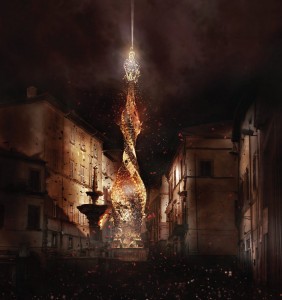 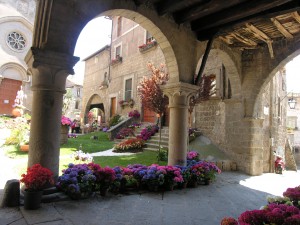